Committed to Economic Development in Our Region

At Todd-Wadena Electric Cooperative we are committed to economic development in our region. 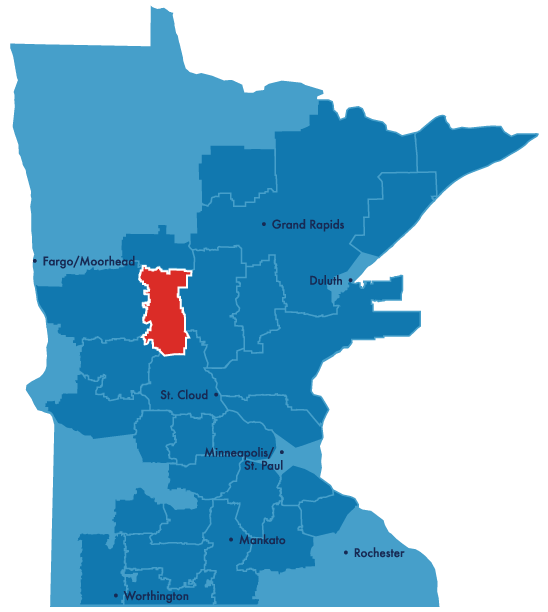 Todd-Wadena Electric Cooperative is a rural electric system in central Minnesota that is owned and controlled by the people to whom it supplies service. It is a non-profit, taxpaying, privately-owned, locally-managed utility. It is people working cooperatively to fulfill a common need.

Todd-Wadena was organized in 1940. It now serves about 8,500 members with about 2,200 miles of line. Todd-Wadena's service territory includes a majority of the rural areas of Todd and Wadena counties along with portions of Becker, Cass, Douglas, Hubbard, Ottertail and Morrison counties.

The cooperative employs 26 full-time and two part-time employees. Total assets at the end of 2011 were about $40 million. Power suppliers are Great River Energy (85 percent) and Western Area Power Administration (15 percent)

Todd-Wadena is governed by an eight-member board of directors, elected by the membership at the Annual Meeting. Directors serve three-year terms. Typically, the Nominating Committee seeks candidates for director elections in January. Members interested in running for a position on the board may contact the cooperative office for details at 218-631-3120 or 800-321-8932.

Last month, Minnesota Management and Budget predicted state government will have a budget surplus of $1.3 billion. This set many a tongue wagging among legislators, economists, agencies and taxpayers as to what this will mean for the state. Specifically, what can Minnesota get out o...

A fifth-generation Finnish dairy farm in northern Minnesota is exclusively breeding an A2 herd and bottling A2 milk. “We’re the first in Minnesota to do that,” said Joel Hendrickson, a 2003 Menahga High School graduate. Joel and wife Amanda own a 310-acre farm, three miles south o...